From the beginning to the middle of the 20th century, in the recent history of Sierra de Guara, the area is particularly touched by rural migration. As proof, today there are several abandoned villages (Nasarre, Otin, Cheto etc.), despite tourism bringing vitality back to the region. In the past, the traditional economy was mainly food agricultural, along with the breeding of goats and sheep. 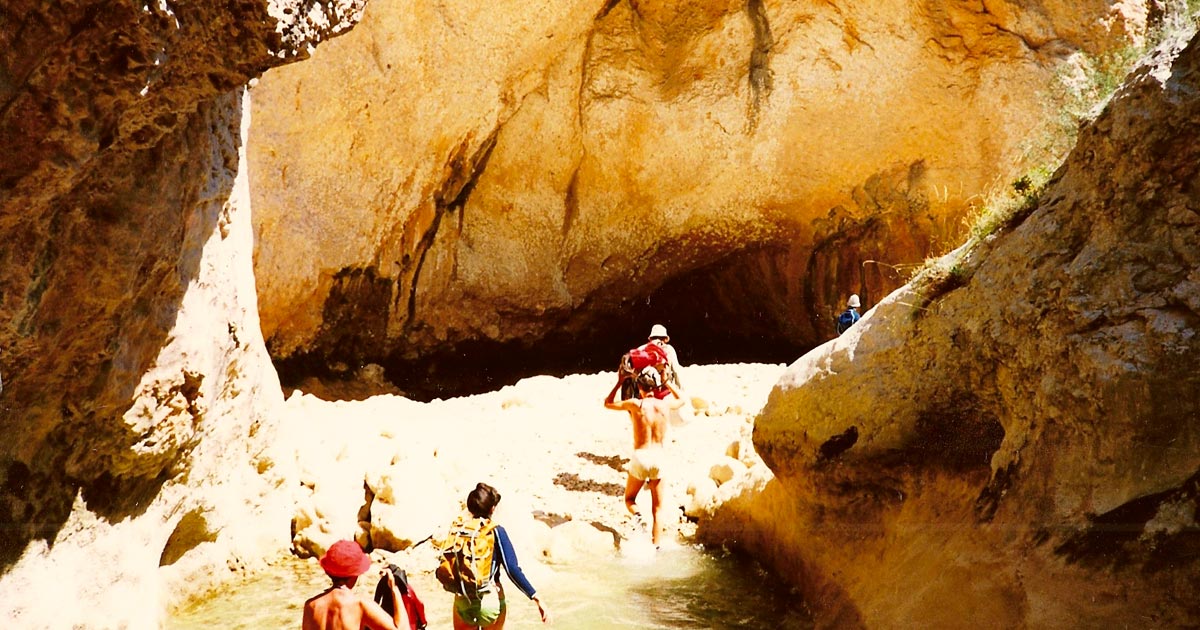 Today, you can still find some flocks of sheep (Las Almunias, Rodellar, Bierge, Yaso) but agricultural is now secondary. The principal products are cereal, wine (including the famous wine of Somontano), olives, and almonds. You can find splendid fields of almond trees and olive trees around Bierge.

Despite several photo reports of Lucien Briet in the 19th century in Sierra de Guara, for decades the area remained folded up onto itself and became a forgotten world.

It wasn’t until the 1960s that Spanish and French speleologists returned to the area; among them, the author of the first trip done through the Sierra de Guara, Pierre Minivielle.

Later, near the end of the 70s, guides with a passion for the mountains crossed the Pyrenees and fell in love with the Sierra de Guara region. It was considered a rebirth of canyoning.

The strong passion for the canyons of Sierra de Guara saved the area, which was almost abandoned in the 80s, rejuvenating it with the development of tourism and adventure and extreme sports. Simultaneously, its geographic situation is one of isolation, allowing for conserving the area in its natural state, and giving Sierra de Guara its authentic character.

Follow us
Find us
We use cookies to ensure that we give you the best experience on our website. If you continue to use this site we will assume that you are happy with it.I acceptI refuse